CB Radio has been a legal License free radio system in Cyprus using the CEPT 40 channels FM since Cyprus joined the EU and ratified the use of CB. Now in line with the latest regulations, Cyprus along with most other countries in Europe adopted the use of 4 Watts AM and FM and 12 watts PEP on SSB. 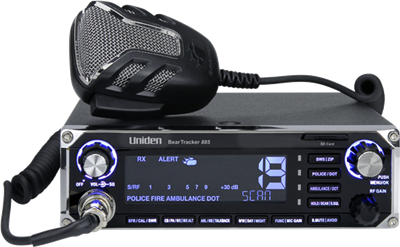 ECC Decision (11) 03 - The harmonised use of Frequencies for Citizens Band (CB) radio equipment.

Common Radio Passport - Full information about which Frequencies and modes are available in EC countries.

A bit of history

In Brief, Cyprus does not have a history regarding the use of CB radio. While the UK and the rest of Europe were
enjoying the emergence of the CB Radio system, mainly imported from the USA, Cyprus had only recently gone through the trauma of the Military coup and subsequent partial invasion of the Island. It appears that the use by private individuals of any type of radio transmitting equipment especially anywhere near a military establishment was frowned upon, resulting in a very speedy arrest.

Consequently the use of CB radio was virtually non existant apart from small groups of 'late night' usually mobile users in the cities, usually using the AM mode on American imported radios.

CB Radio never got started here and never caught on in the subsequent years. Although a few ex-pats brought CB radio's with them when moving to Cyprus they were on the odd UK frequencies and there was no one to talk to. It was only when Cyprus joined the EU that the European laws regarding license free radio systems such as CB and PMR446 were adopted.

Even now there are no shops in Cyprus selling CB radios although it is perfectly legal to purcase, own and use them.
Cypriots love and much prefer their mobile phones and even though CB Radio is totally free the chances of it catching on here are remote.

There however are many uses CB radio could be put to on the Island not least in the 4X4 off road safari's which are very popular here. Convoys of 4X4's packed full of tourists do regular off road excursions and CB Radio could be ideal for the vehicles to keep in touch with each other. this is just one example of tourist related applications for CB radio.

Click the link above for much more information on
European and Worldwide CB Radio systems.

Although most DX on CB Radio (11 Meter Band) is carried out on the international 'Freeband' channels it is perfectly possible under suitable conditions to speak to stations in other countries using only 4 watts FM or AM. Indeed many stations all over Europe using legally type approved equipment make a hobby of AM and FM DXing.
With the recent addition of 12 watts PEP on SSB the possibilities of Worldwide DXing legally on a license free radio system has become a reality.

The Latest European regulations adopted by Cyprus allow for 4 watts FM and AM and 12 watts PEP SSB on the unified European 40 CEPT channels from 27.965 to 27.405 Mhz. However there are many 'legacy' CB systems in operation in many European countries using other Frequencies.