The VHF Marine band channels are fairly busy in Cyprus, Island wide there is a lot of leisure traffic especially during the tourist season. On the commercial front Limassol is the main port of Cyprus and as you can see from the shipplotter map below there is a lot of shipping in the Eastern Mediterranean both coming to and from  Cyprus and other Eastern Mediterranean countries such as Turkey, Syria, Lebanon & Israel and also Egypt and the Suez  Canal. I use a Uniden 360CLT to monitor  the VHF Marine band Channels.

I run the Shipplotter software from COAA which is fed from a NASA Marine AIS engine 3 receiver and Marine Band Collinear vertical antenna. This system decodes AIS signals from shipping all around the coast of Cyprus and plots the positions of the ships along with other data onto the PC Screen. The normal reception distance is line of sight (approx 20 km) however under enhanced propagation conditions the reception distance can increase to up to 400km which allows me to see shipping coming up from the Red Sea into the Suez canal. Under these conditions radio reception from the same areas is possible on VHF marine band. You can see my live feed below,   click on the image for full size.

Ships in the Eastern Mediterranean 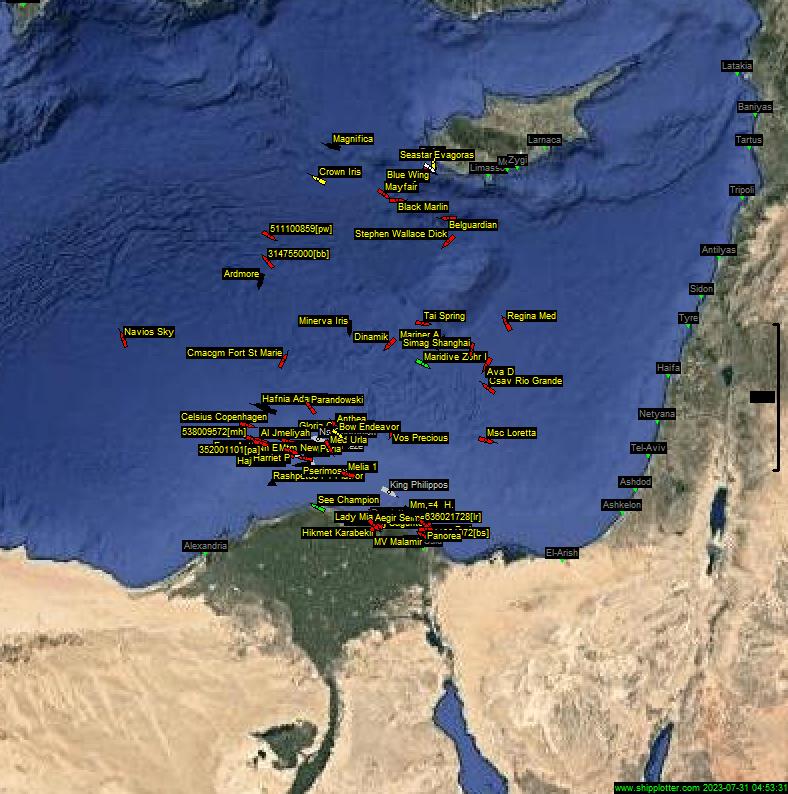 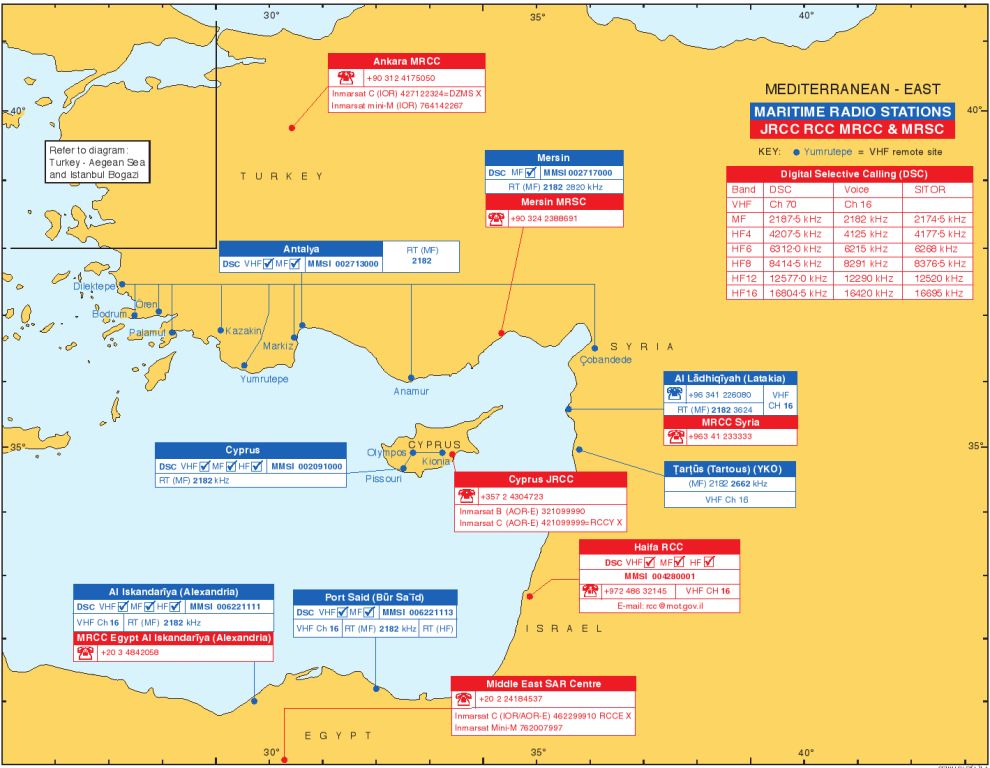